19 - 37 pts / 7 - 63 pts in semi 1
Sergej Ćetković was the 6th Eurovision entrant for Montenegro as an independant country.
He's the first one to reach the final for the country
The song Moj Svijet (My world) was premiered on March 9.
The song is also recorded in English as My Love.
Watch and listen here.

A promo cd includes three versions (see below) and videoclips.

Fraser Fifield is a Scottish multi instrumentalist who plays most of the instruments on the song. In the instrumental version the vocal parts are performed by Fifield on the flute whereas the karaoke version is basically the original recording without any vocals.


10 years ago Sergej Ćetković already had a go at Eurovision. He ended 8th in the national final of Serbia-Montenegro with the song Ne Mogu Da Ti Oprostim (I can't forgive you). 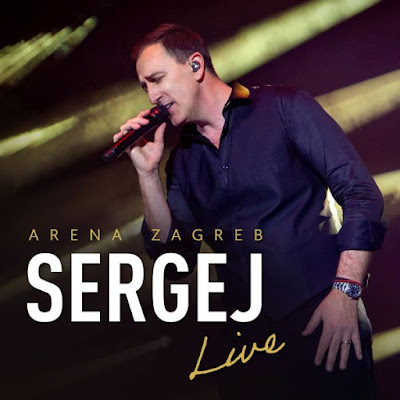 Arena Zagreb Sergej Live
In 2021 Segej releases a live 2CD and seperate Blu-Ray which includes Moj Svijet recorded live in 2020.
The digital is out on January 29, the CD and DVD on February 12. CD and Blu-Ray are available at Croatia Records 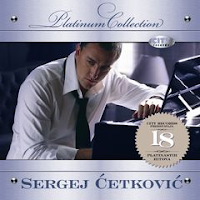 More Montenegro
In 2013 Nina Žižić joined rappers Who See for a steaming version of their Igranka, but the song ended 12th in the semi.
Rambo Amadeus (2012) didn't make it either. His Euro-Neuro still managed to collect 20 poing in the semi though.
Montenegro's 2009 entry was Just Get Out Of My Life by Andrea Demirovic penned by Ralph Siegel. The entry also got stuck in the semi, but it gave us a fabulous Moscow Club Mix with Dschinghis Khan samples.

Links and sources
Sergej Ćetković website and FB
RTCG
Thanks to Koen and to Bastiaan
Posted by Eurocovers at 2:54 AM