Netherlands - Calm After The Storm - The Common Linnets 2 - 238 pts / 1 - 150 pts in semi 1
The Netherlands were represented in Copenhagen by The Common Linnets. The Common Linnets are Ilse DeLange and Waylon, both established solo artists in their home country.
Calm After The Storm won the first semi-final held on Tuesday May 6. The 2nd place in the final is the best result for the Netherlands since the 1975 victory by Teach In in Stockholm, 39 years ago.

The duo, who know each other since childhood, had been working on a country roots album together for some time and the Eurovision entry is one of the albums tracks.
The song title Calm After The Storm was announced on March 4. The first song intruduction was on March 12, the Eurovision version was premiered on March 13.
Listen to the studio version at th'Linnets Tube
Calm After The Storm is written by Ilse DeLange, JB Meijers, Rob Crosby, Matthew Crosby and Jake Etheridge.


Single Releases
Calm After The Storm was released digitally on March 14, a 1-track cd single a week later (Universal 0602537788972).
A promo edition includes the same track and an added disc (cd-rom) with info, photos and other press material.
A 2-track cdsingle is expected in Europe on May 30, it includes Hungry Hands from the Common Linnets album as track 2. (Universal 0602537888559).
A 1 track promo (cd-r) was issued in the U.K. by Polydor.
The Album
The Common Linnets album is out since May 9 (Universal 0602537800957)
A deluxe edition CD includes a DVD (Universal 0602537803897)
A week later the album was also released on LP.
The digital release is out in most territories but not in the USA. CD release is May 26 for other European countries.
The album has 13 tracks, Calm After The Storm features in a longer version with a different intro.
See below for full tracklist.
The Common Linnets album reaches platinum in the Netherlands within a week (50.000 copies sold).
The album enters the Dutch charts at #1 (not surprising with a platinum award) and also at #45 in Ireland, # 40 in the U.K., #20 in Germany, #15 in Austria, #12 in Denmark, 16 in Switzerland, 42 in Spain, 14 in Belgium (FL), 52 in Belgium (WA) 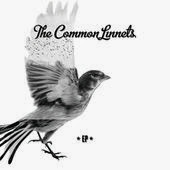 
Ilse DeLange has enjoyed chart success with 13 albums, seven going #1 in the Dutch charts.
Her debut album World Of Hurt (1998) sold five times platinum in the Netherlands and also charted in Belgium (17/30).
Her second album Dear John is a live album dedicated to the songs of John Hiatt.
10 years after her debut another album reached the 5x platinum status: Incredible was a #1 1 and spent 97 weeks on the Dutch charts.
All Ilse de Lange albums went top 5 in the NL album charts. 8 reached the Belgian (Flemish) top 100.

Her most recent album is a greatest hits collection After The Hurricane - Greatest Hits and More, released in November (of 2013).
She scored 23 chart hits since 1998 including #1 So Incredible from 2008.
In 2005 Ilse recorded Blue (co-written by u2's Bono) with Zucchero and the single was a #10 hit.

Waylon (Willem Bijkerk) has enjoyed six chart hits and two top 10 albums.
He released two solo albums as Waylon Young, but got his big break after finishing second in Holland Got Talent.
Eurovision anoraks may know him from his Dutch National Final attempt in 2005. With Rachel (Kramer) he sang Leven Als Een Beest (Living like an animal) but the song stranded in the semi rounds.
(Youtube, a studio solo version is here at YT)

Waylons most succesful album is Wicked Ways from 2009. Released on Motown (no less), the album reached #3 and spent 80 weeks on the Dutch album top 100. It also includes the single Wicked Way, his biggest chart hit (8/10).

In 2012 Waylon had a duet, You Are, on Lionel Ritchies country music project Tuskegee.
Waylons most recent album is After All from 2011, his new solo album Heaven After Midnight is postponed to September.

More Netherlands
The whole country rejoiced when Anouk took her Birds to the Eurovision final after 8 years of missing out.
Joan Franka (2012), 3JS (2011) and Sieneke and her organ (2010) all scored a #1 hit at home but failed to impress Europe. The Toppers got the coveted closing slot in their semi in Moscow, but ended with only 11 points, of which 10 came from the Albanian jury. 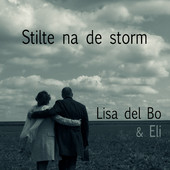 A version in Gronings (A Dutch regional language) is recorded by the band Zuver Scheerwol.
They recorded CATS as Piene In Mien Haart (Pain in my heart) for their album Doalders released in 2015. (Amlow records 0150028, also on CD and Spotify) 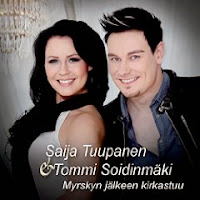 In Finland Calm After The Storm becomes Myrskyn Jälkeen Kirkastuu and it was recorded by Tommi Soidinmäki ja Saija Tuupanen who released it as a digital single in September (Listen here at Magnum music).

A Swedish version titled Lugn Efter En Storm is recorded by
Andreas from dansband Sannex and Erica from Drifters. It is released on the Drifters CD Blå blå Känslor (Neptun records, out November 5). 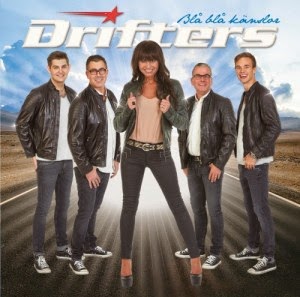 Neither Drifters or Sannex are strangers to the occasional Eurocover. Drifters recorded The Dutch and Danish entries of 2010, Sannex recorded Lyssna Till Ditt Hjärta, Swedens 2001 entry.

Another coverversion (in English) is by juniors Polle and Myrthe.
Watch, listen and find out more here at Eurocovers.

U.K. New Age composer and spiritual musician Asher Quinn a.k.a. Asha also recorded a version of Calm After The Storm for his album Sun, Sorrow, Flowers, Moon. out on Novermber 1. 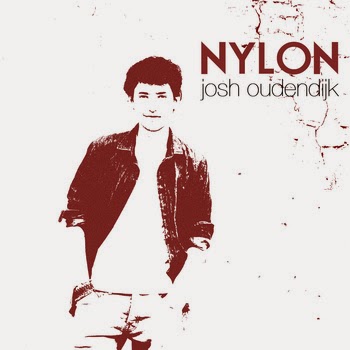 Gab Veläzquez is a dutch DJ who has a stab at creating a clubby version of CATS.
It's on his album The Remixes out on december 2. (digital release through Ethernal Works)

An acoustic version with guitar only is released by Josh Oudendijk. You can find his CATS on his album Nylon. It's available (even on CD) through Bandcamp.
Josh Oudendijk website and FB.

Bonus EP
1. Broken But Home (Acoustic)
2. Calm After The Storm (Acoustic)
3. Time Has No Mercy (Acoustic)
4. Hungry Hands (Acoustic)
5. Still Loving After You (Acoustic)
6. Christmas Around Me

Email ThisBlogThis!Share to TwitterShare to FacebookShare to Pinterest
Labels: Netherlands, The Common Linnets