7 - 89 pts / 6 - 63 pts in semi 1
The Tolmachevy Sisters (Сёстры Толмачёвы, Masja and Nastya Tolmatsjeva) represented Russia in Copenhagen.
The song is titled Shine and is written by Dimitris Kontopoulos and Philippe Kirkorov with lyrics by John Ballard, Ralph Charlie and Gerard James Borg. The lyrics to the Russian version are written by the sisters themselves.
The song is released through iTunes.
Listen to the song at the sistersYoutube. You can also listen to the Russian version.
You can download the Russian version at the Soundcloud of the producers Arnold Sound Studio.

Coverversion
U.K. Eurovision star Nicki French recorded Shine for a coverversions EP in 2021. Find out more about that here at Eurocovers.
The composers.
It seems an odd bunch of songwriters but they have some Eurovision entries between them.
Philippe Kirkorov (Фили́пп Кирко́ров, pictured in the top image) is of course known from Russia's second ever entry Kolbelnya Dlya Vulcana (17th in 1995) that he forgot to tell us was covered from a 1983 LP by Moldovan singer Anastasia Lazariuc.
Dimitris Kontopoulos (Δημήτρης Κοντόπουλος) composed many Greek (and a few Russian) National Final entries. With John Ballard Ballard and Ralph Charlie (Al Fahel) he wrote last years entry for Azerbaijan, Hold me by Farid Mammadov (2nd place). Ballard had a few Melodifestival entries in the 80's and worked with Ace Of Base.
Gerard James Borg co-wrote five Maltese entries and is a keen supplier of songs to national finals of any country that allows foreign songwriter input. Netherlands, Belgium, Norway, Greece, Romania, Bulgaria, France and Iceland all had one or more Borg songs assimilated into their preselections.
He had 43 songs in the Maltese selection since1999, four songs in 2014. 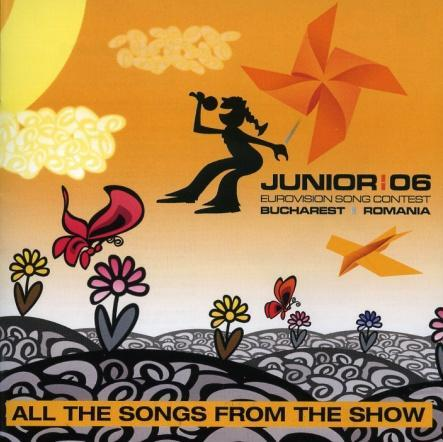 In a way they already won Eurovision. In 2006 that is, and it was the Junior version. Their song Veseniy Jazz  (Весенний джаз, Spring jazz) won the kiddie contest in Bucharest, Romania. But the girls have grown a bit, and now they're in the competition for the grups.

More Russia
Russia has never failed to get to the Eurovision final. Dina Garipova ended 5th with her sincere song of peace and love for everyone. The evil grannies Buranovskiye Babusky partied their way to #2 in 2012.
Alex Sparrow (2011) ended only 16th and both Peter Nalitch (2010) and home entry Mamo by Anastasia Prikhodko (2009) ended at place 11.

Links and sources
Eurovision.tv
Posted by Eurocovers at 1:39 AM