Conchita Wurst is the winner of the 59th Eurovision Song Contest.

It's been a while, almost 50 years, but Austria clocked up their 2nd Eurovision victory with the much talked about song Rise Like A Phoenix by the even more talked about Conchita Wurst.

1 - 290 pts / 1 - 169 pts in semi 2
Conchita Wurst (Thomas Neuwirth to his mum) was chosen to represent Austria in the Copenhagen contest already in November 2013.
The song Rise Like A Phoenix was presented on March 18 in a morning radio show at Hitradio Ö3.
RLAP is written by Charly Mason, Joey Patulka, Ali (Alexander) Zuckowski and Julian Maas.
The music for Rise Like A Phoenix is recorded by the Hungarian Symphony Orchestra of Budapest.
Watch the video here. The song is released on iTunes and other digital sources.
A promo cds is issued including the Eurovision version and instrumental, an official cdsingle is in the shops* since the week after the contest.
(ORF Shop / Medienvertrieb Heinzelmann 9008798135646)
* In Germany, Austria and Switzerland. 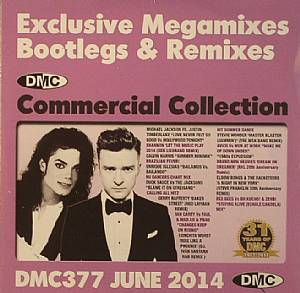 Remix
In June a remix of Rise Like A Phoenix surfaced on a DJ only CD released by DMC.
The 2CD DMC Commercial Collection 377: June 2014 features the DJ Ivan Santana R N B remix.
More remixes can be found, but so far this seems to be the only one getting a release of some sorts.
DMC albums are DJ only, but deep in our hearts we're all DJ's and you can find the album for sale at Juno and other webshops.
DMC website 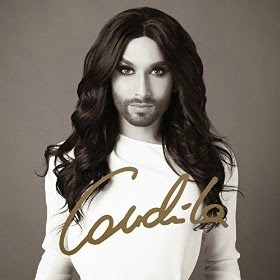 2015: Conchita The album
On May 15 2015 Conchita Wurst finally releases her debut album. Initial tracklists (iTunes!) did not include Rise Like A Phoenix but it seems that it will be on the CD after all.
The album also includes follow up singles Heroes and You Are Unstoppable.
There will be a regular CD release and a limited edition digipack issue. And of course the album will be available through your favorite digital stores.
See full tracklist below (Sony Music Austria 0888750538123 &  0888750538423 (digipack sleeve)
The album is also released in Russia (Sony Music Russia  0888751226326) and Australia (Sony Music Australia)
The digital release features two bonus tracks. 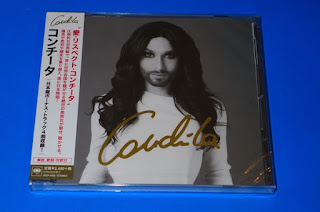 Conchita, the album is released in Japan on July 1st. The CD includes 4 extra remixes of You Are Unstoppable. (Sony Music Japan SICP 4462). See tracklist below

2018
October 2018 sees the release of the album From Vienna With Love, 12 tracks recorded with the Vienna Symphony Orchestra.
The album includes a new version of Rise Like A Phoenix as well as evergreens like The Sound Of Music, All By Myself and The Way We Were.
Sony Music, out on 19 October)

Charts
Rise Like A Phoenix enters the Austrian top 75 at 51 (April 4) but falls out the following week. Conchita re-enters the charts at #35 (published on May 16)* and goes to #1 after the victory (charts published 23-5). 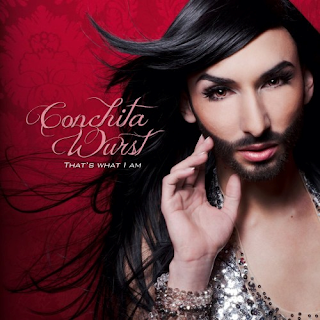 That's What I Am
The singer already participated in the Austrian selection for the 2012 contest. The song That's What I Am ended up in the 2-song superfinal but lost out 49/51 to Trackshittaz Woki Mit Deim Popo.

Conchita's career took off in 2006 after a second place in talent show Starmania, finishing behind Nadine Beiler.
Debut single Unbreakable was a # 32 hit in the Austrian charts in 2011. NF song That's What I Am did even better reaching #12.

The songwriters
Charlie Mason already gave us L 'Amore È Femmina, the Italian 2012 entry by Nina Zilli.
Ali Zuckovski co-wrote and produced Hurt Lovers, the follow up single from Blue after their Eurovision hit I Can. He also wrote for MarieMarie and Betty Dittrich, both German National Final stars.
Julian Maas is a composer of musical scores for TV and film including several episodes of Tatort. 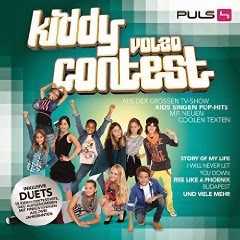 There's talent shows in Italy too, and Laura Fantauzzo performed RLAP at Giovani Talenti.
The album with young talents is released digitally through Top Records (November 17)

Another Italian singer is Antonio Cusimano who has RLAP as the second track to his digital single Tra Tegole E Cielo. (Out through Bao Bello music) 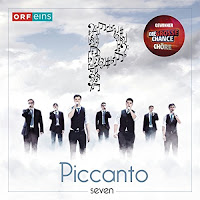 Acapella septet Piccanto recorded a coverversion of I Am Yours for their album Seven. (Ariola).
The CD also includes a coverversion of Rise Like A Phoenix.
Piccanto are the winners of the Choir version of Die Grosse Chance, a talent show from Austrian TV.

Charts range from a top monthly 10 in the 60's to the weekly top 75 that is published since 2001.
You can find all Austrian charts here at the charts portal.
For the list above some alternate sources have been used (Eurovison Collectors Guide editions 1989 to 2005)
Only four other Eurovision songs were #1 in the Austrian charts:
1967 - Puppet on a string - Sandie Shaw (UK)
1981 - Making your mind up - Bucks Fizz (UK)
1982 - Ein bisschen Frieden - Nicole (Germany)
2012 - Euphoria - Loreen (Sweden)

More Austria
Natália Kelly didn't make it to the final in 2013 with her song Shine and neither did the Trackshittaz in 2012 with their booty shaking Mühlviertel Rapfest Woki Mit Deim Popo.
A little more succes for Nadine Beiler. With her ballad The Secret Is Love Austria returned to Eurovision after a three year absence. She made it to the final and ended 18th. Beiler was the only one to make it to the Eurovision final from a semi for Austria, until Conchita came along of course.

Thanks to Jean-François and to René at Genie & Wahnsinn.