24 - 14 pts / 10 - 40 pts in semi 1
La Storia di Valentina Monetta continues. The Sammarinese singer was selected to represent the Italy-locked country for the third time in a row. And she took her country's result up again by reaching the final.
San Marino seems to be in no hurry, with five entries they have bettered the previous result just a little bit, but it's going up!
The song for Copenhagen, written again by Ralph Siegel, is titled Maybe.
Lyrics are by Mauro Balestri, who also wrote the lyrics for Crisalide (Vola). Watch and listen here at the official Youtube.
An Italian version Forse is also recorded, the video of that one is here.


A digital release (March 6) features 5 versions of the song,
The same five versions are issued on a promo cds also including biographies, videos, lyrics, photos and other info. It comes in an 8 inch folder. (Sony / Jupiter 88843  061012) 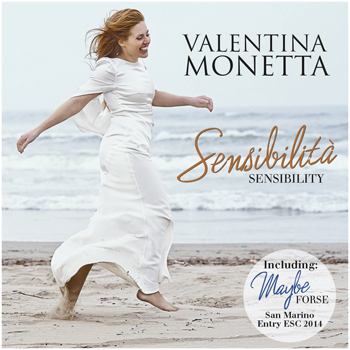 Maybe (Forse) (ESC-Version)
Maybe (Forse) (Radio Version)
Forse (Maybe) (Radio Version)
It also includes three versions of the title track Sensibilità and a duet with Vincenzo Monetta (of the Vincenza Monetta Trio) who is Valentina's brother.
Other duets are with Joshua de Cadenéx and with Sarah Jane Ghiotti.
The album includes 20 tracks in all, see full tracklist below.
The early rumour mill had Sensibilità as the title of the ESC entry, but in the end it became the titletrack of the new album.
Out on Sony / Jupiter (8441802652), digital out now (April 4), CD out since May. 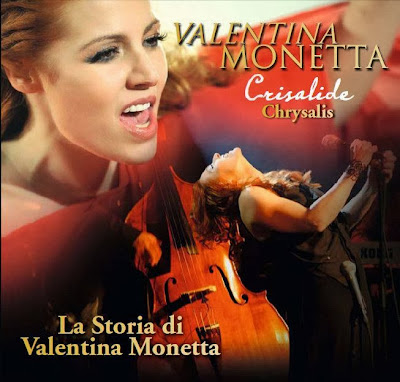 Three In A Row: Third Time Lucky?
Not many artists have entered Eurovision three times in a row, but those who did all have a victory to their name.
Lys Assia (for Switzerland) and Corry Brokken (Netherlands) both entered in 1956, 1957 and 1958. Lys won the first contest, Corry the second.
Udo Jürgens sang three times consecutive for Austria. 1964 saw Warum Nur Warum finished 6th, but the song became a worldwide hit as Walk Away for Matt Monro. In 1965 Jürgens ended 4th and he completed his trio with the 1966 winner Merci Cherie. 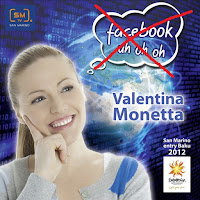 More San Marino
In 2013 Valentina sang Crisalide (Vola) and she just missed out on a place in the final ending 11th in the thursday semi.
The much debated Social Network Song ended 14th in the tuesday semi in 2012. All included, 18 versions of the ill fated tune have been released.
Stand By sung by Senit ended 16th in the semi.
San Marino's debut entry was Complice by Miodio which ended last in its semi in 2008.