11 - 72 pts / 3 - 97 in semi 2
The band Softengine has won the multi week Finnish selection UMK with their song Something Better.
On the Softengine website you can listen to the song via the medium of a lyric-video. (here)
The song is released on the UMK CD (see below) and has also been released on iTunes.
A new version has been recorded and is available through iTunes and other sources.
The new version official video is here.

Two1-track promo have been issued including the Eurovision version of Something Better. The first one is a white disc in plastic sleeve with insert. Distributed by Sony before the contest.
The second one, used in Copenhagen is a black disc (Rokka / Sony 888430778221). Pictures on the sleeves are identical.
There's also a video folder, a booklet that actually plays the Something Better video and can be recharched through a usb connection.

UMK 2014
The first Eurovision release of the 2014 season is out now. The 12 songs participating in the Finnish preselection Uuden Musiikin Kilpailu have been released on the album simply titled UMK 2014.
The CD is out through Warner Brothers Finland and available in several webshops. Of course there's also a digital version. (Warner 5054196063023) 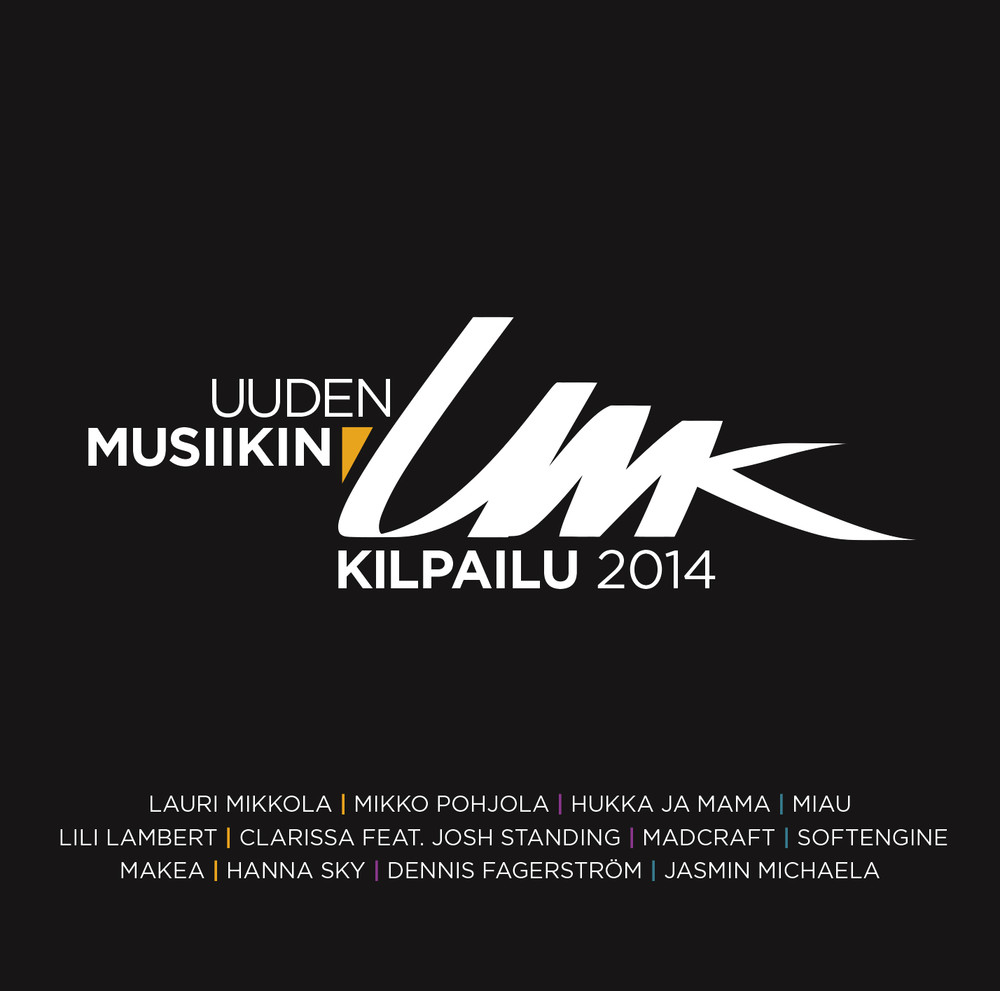 More Finland
Krista Siegfrieds' marriage proposal got an I Do in the semi but only ended 24th in the final. A better result than Pernilla's Swedish language song När Jag Blundar which only made it to #12 in the semi.
Axel Ehnström, the artist known back then as Paradise Oskar made it to the final and ended 21st with Da Da Dam..
Värttinä singers Kuinkuiskaajat stranded in the semi in 2010, preceded by another not very high place in the final by Waldo's People in 2009. Their dance stomper Lose Control ended 25th in Moscow. It didn't stop them from having a #1 hit at home and even a very successful coverversion in Afrikaans by Snotkop and MoniQue.

Links and sources:
Softengine FB and Website
The UMK CD is available at BeaRecords
YLE UMK and Eurovision pages (in Finnish)
UMK Facebook
Posted by Eurocovers at 2:25 AM